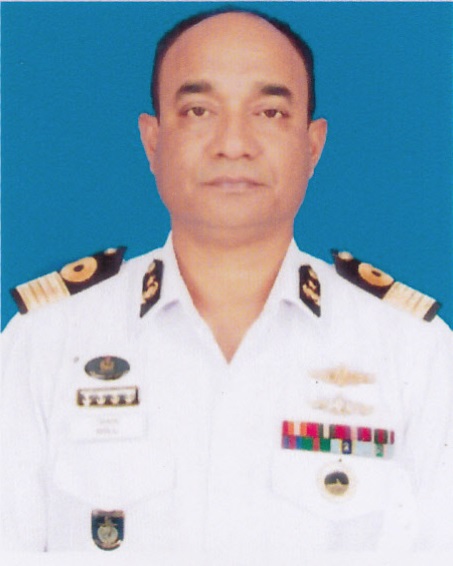 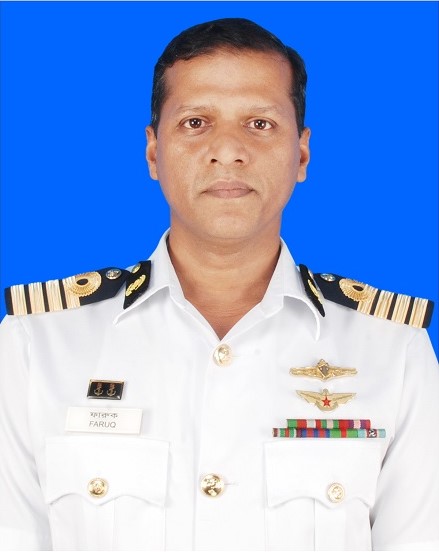 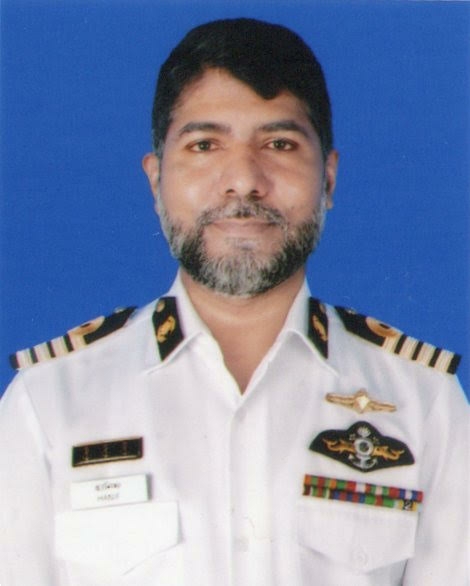 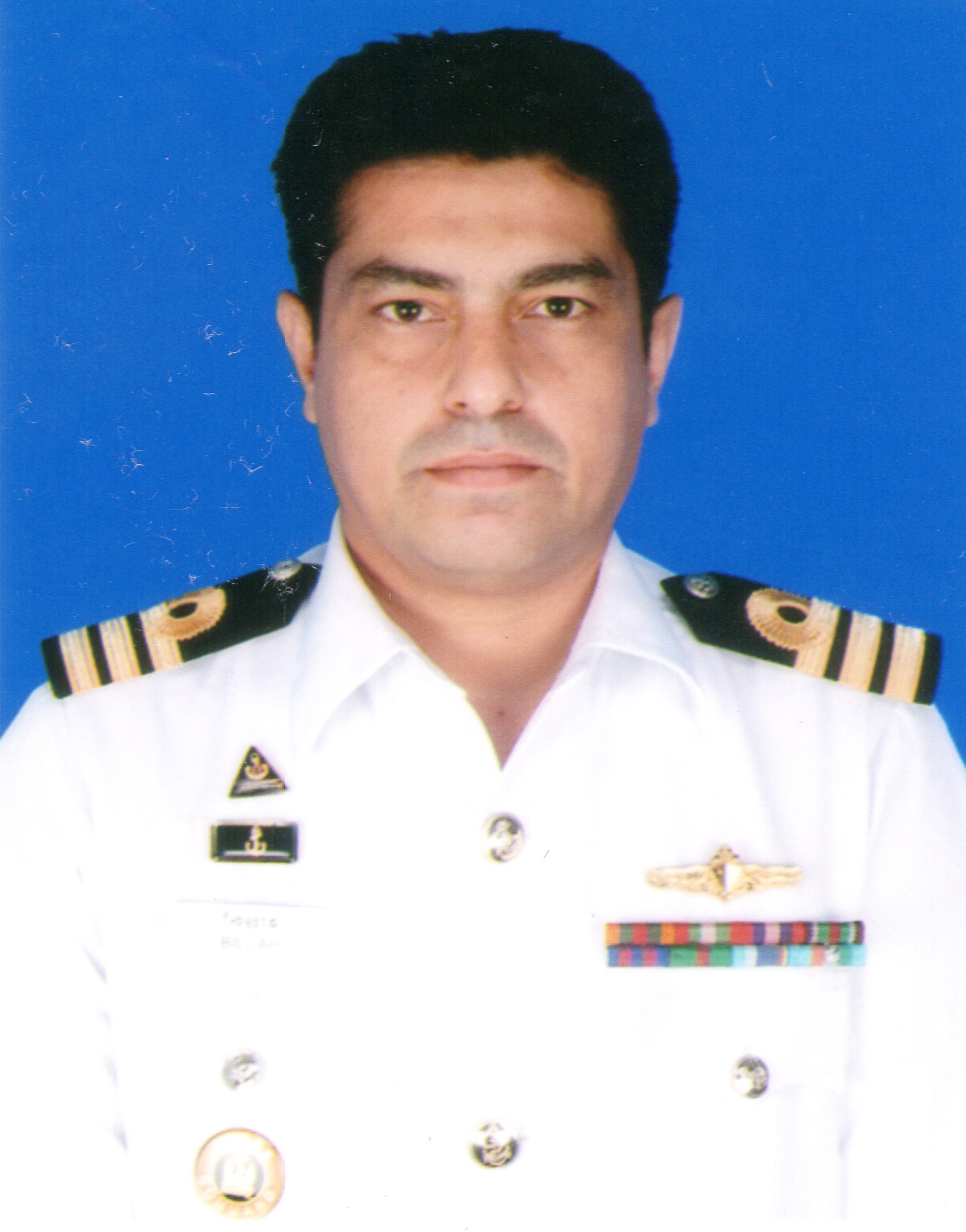 Cdre Kislu commanded almost all types of warships which include Fast Attack Craft (Missile), Patrol Craft, Offshore Patrol Vessel, Corvette and three Frigates of BN. He was the ‘Project Officer’ for acquisition of USCGC JERVIS from USA and the first Commanding Officer of BNS SOMURDA JOY and navigated the ship from USA to Bangladesh. As a navy Captain he has sailed across both Atlantic and Pacific Ocean with BN ships.

Cdre Kislu was an instructor in Bangladesh Naval Academy (BNA) and School of Maritime Warfare & Tactics (SMWT). He was the ‘Officer in Charge’ of Signal School and FAC School and Centre. He successfully commanded the largest Naval Base of Bangladesh Navy BNS ISSA KHAN. He did Dignitary Protection Course (DPC) in Bangladesh as well as VIP Protection Course form Thailand and served as a Director Special Security Force (SSF).

Cdre Kislu served for the greater cause of international peace and humanity under United Nations as a ‘Military Observer’ in Congo (MONUC) and as a ‘Contingent Member’ on board BNS OSMAN in Lebanon (UNIFIL). He also served as an instructor in Bangladesh Institute of Peace Support Operation Training (BIPSOT) for training the Bangladeshi Peace keepers.

Cdre Kislu received ‘Chief of Naval Staff Commendation’ for becoming ‘Honour Graduate’ and obtaining distinction marks in Surface Officers Course in USA. He was also honoured with ‘Now Gowrav Padak’ (NGP) for his extra ordinary contribution in ‘International Relief Operation’ soon after typhoon ‘Hyan’ hit Philippines in 2013. He is happily married and blessed with a son and a daughter.

Captain Mahbubur Rashid, (L), psc, BN, was born on 31 March 1973 in Dhaka. He Joined Bangladesh Navy as an Officer Cadet in1991 and commissioned from Electrical Branch on 01 January 1994. Soon after, he has been graduated from Bangladesh University of Engineering and Technology (BUET) in Electrical & Electronic Engineering (EEE). In his career, the Captain has undergone number of professional courses both at home and abroad. He did Maintenance of Warship Electronic Equipment Course from WuHan, China and Project Management (War Ship Bridge Simulator System) Training from Genoa, Italy. He is a graduate of Defence Services Command and Staff College, Mirpur and obtained MDS (Masters in Defence Studies) in 2007 from National University Gazipur, in 2007. He has also obtained MBA in 2006 from Open University and MSES (Masters in Environmental Science) from State University of Bangladesh in 2011. Presently undergoing Masters in Social Science (MSS) in Economics under National University. He is a fellow and life member of Institute of Engineers (IEB) and registered as Professional Engineer (PEngg) of BPERB (Bangladesh Professional Engineers Registration Board) Dhaka.

In his illustrious career in Navy, Captain Mahbub had a good mix of Staff and Training appointments at various levels and areas of Navy. Mentionable ones like: Departmental Officer in Smaller Crafts & Head of the department in BN Frigates. He was Staff Officer, Deputy Director and Director at NHQ in various Directorates. He also served as Instructor in the most prestigious Training School at ‘School of Maritime Warfare & Tactic (SMWT)’. His last appointment was General Manager (Admin) at DEW Ltd in Narayanganj. Presently he is performing the duties as General Manager (Production and maintainance) at CDDL in Chattogram

His out of the navy work experiences include, The Detachment Commander at DGFI, Rangpur Detachment and GSO-I (Special Investigation Wing) in Counter Intelligence Bureau (CIB) at DGFI Headquarters. He also participated in UN peach keeping mission as Military Observer in Liberia (UNMIL) and contingent member in Lebanon (UNFIL). In the UN Peace Keeping environment he has successfully completed courses like: Conflict management for peacekeeper, Civil Military Coordination (CIMIC), Advance Security in the field, Basic records management etc.

He is a well-traveled person and has visited more than 45 countries around the globe. Captain Mahbub is happily married with Architect MomenunNessa (Alfa) and the proud father of three daughters. He takes keen interest in travelling and playing Basketball and Golf.

Commander M Habibul Billah, (S), psc, BN was commissioned in Supply Branch of Bangladesh Navy on 01 January 1995 and took over the duties of General Manager (Finance), CDDL on 23 Jun 2020. Prior joining his present billet, he was serving at Naval Headquarters as Deputy Director (Budget). He has completed his staff course (psc) graduation from Naval Command College (NCC), China. Besides, he has also obtained his Master’s degree on Procurement & Supply Management (MPSM) from BRAC University, Dhaka.

He has also served in UN Mission at Ivory Coast as MOVCON Officer (BANBAT-1) and Logistic Officer (BANRU-2) at Mali.

Commander Billah is from Feni and is happily married. He is blessed with a son and two daughters.

At present, Commander M Habibul Billah is serving as the General Manager (Finance) at Chittagong Dry Dock Ltd and putting all out effort to contribute in reforming CDDL an efficient business organization in global environment.